Design your own MOORE Family Crest

De Móra - according to Woulfe from Anglo-Norman De La More (the name is recorded early in England, as in Richard de la More, bishop of Winchester 1280-2), meaning - at the moor/heath, a locative name; see below, British origin 1.

To these must be added two Scottish names, given the high numbers in the north of Ireland (see below British/Scottish origin 1 and Scottish Gaelic origin 3, respectively.  See also Griffith's mid 19th century records below).  These are:

Muir - lowland Scots for 'moor', and thus a locative name

Moir - Scots Gaelic 'mor' for 'tall/big', an epithet or descriptive name, or possibly an orthographic variant of Muir.

O Mordha (anglicised Moore) was the name of the chief sept of Laois. The ruins of their fortress at Dunmasse in that county can still be seen. Famous resisters of Norman, then English colonisation, they led the struggles of the native Irish, particularly through the terrible years of the16th and early17th centuries.

For their heroic resistance, the leading families alone were transplanted to Co Kerry.

De Móra, which is a Gaelicisation of a Norman or  Old Engish family name, was established in medieval times in Munster and Connacht. It's later anglicisation as Moore makes it difficult to distinguish from the Gaelic Moores.

The Ó Mothair sept were an old Cork family, which, Woulfe says, has become very rare. However, this may be because it has been absorbed by the anglicised form Moore, which is taken in Ireland to most often represent the numerous and powerful Ó Mordha sept of the Irish midlands (see above).  Expropriations and depredations of the latter meant that this most rebellious native sept were reduced in status and scattered wide (recorded in the Fiants for the late 16th and early 17th centuries).

Turning to the records, in Petty's 1659 'Census' the name Mahur is given as a Principal Irish Name in Clonlisk Barony, Offaly, and registered with 26 families. Whilst in Laois in Maryborough Barony and Cullenagh Barony Moore is represented as a Principal Irish Name with 11 families apiece. Ditto in Sliemargheagh Barony, Moore appears again, and again in Ballyadams Barony with 9 families. Moore appears as a P.I.N. again in Portnyhinch Barony. All these are in Co Laois, homeland of the Ó Mordha sept.

Richard Matheson, Ireland's Registrar General at the time,  lists the following variants in Ireland, based on a study of the birth registers (1890-94): Moir and Muir in Belfast; Morey in Co Cork; Moreen in Youghal, Co Cork (see Varieties and Synonyms of Surnames and Christian Names in Ireland , R.E. Matheson, Dublin 1901).

In his Special Report on Surnames in Ireland, Dublin, 1909, Matheson cites the following counties where the name Moore was most numerous: Antrim, Dublin, Derry, Cork, Kildare and Tyrone.

As a Surname of British Origin.

The surname also has British origins.  1) The usual derivation is topographic, i.e. from the 'moor', from which several place names in England have derived; the same derivation occurs in Scotland, although there the surname, like the topograhic, is more frequently spelled Muir.  2) It may be an epithet type name from 'Moor' as in a North African person, and most likely signifying anyone of a 'dark, swarthy' complexion; it was used as a personal name by the Normans.  Yet two other origins of the surname may be from 3) Scottish Gaelic 'mor' and 4) Welsh 'mawr' both meaning 'big', 'great' (see Dictionary of Surnames, Patrick Hanks & Flavia Hodges, Oxford, 1988; Oxford Dictionary of Family Names in Britain and Ireland, Hanks, Coates, McClure, 2016).

Rory O' More was the indefatigable opponent of Queen Mary and Queen Elizabeth in the 16th century, and defeated the English invaders on several occasions.

I am looking for the family of William Moore. His daughter was Jane Moore 1814–1884 BIRTH ABT. 1814 • Kilcommack, Longford, Ireland DEATH 6 OCT 1884 • Ballymahon, Longford, Ireland She married my GGGrampa in Longford, in 1851. Thank you in advance jrbh@hotmail.com -- Jackie

I have he's my uncle

hi all my name is James bristoll me and my mom (Linda Dutton ) are doing are family tree on the Moores name as its my great grans Eliza Moore who married Arthur Blundell who both lived in Birmingham .I have gone back to the 1800s in Birmingham and have reached a dead end but we are waiting on a ancestry DNA to come hopefully it will help us , if any one can help it would be very helpful

hi all my name is james bristoll and working with my mom on our family tree , We have Moores in are line to my great gran Eliza Moore who married a Arthur Blundell her dad is Thomas Moore so far I have gone back to about 1800s and that we all lived in Birmingham I cannot find out anymore about them but we are currently waiting on a ancestry DNA test to come back and hope it will give us a little help on where the Moores are from all the best jame

Checking out our family's heritage in Dublin

(Part 1 of 3) The Moore name has a long history in the British Isles, but now DNA and some recorded history says its origin is from the north-west region of the Emerald Island. The Moore story [dominated by DNA tribal marker R1b-L513, Subgroup D2] can trace their beginnings to the Finn Valley in Donegal, Ireland from 50 BCE. Perhaps the journey begins with the Clanna Dedad; Deda, son of Sen or Deda Mac Sin. The Moore surname origin is from the Cenél Conaill [R1b-L513, Subgroup D] who found the Dál Fiatach.

(Part 2 of 3) A group will also found the Kingdom of Ercing in Wales as trade with Romans will become essential around 300 CE. But how could this be? Recent discoveries from DNA testing are unlocking the migration patterns of Celtic tribes as late as 800 CE to 1200 CE. The Moore story begins in pre-history Ireland but this line and many of his kin will move to Wales, then travel to Brittany, France during the Dark Ages.

(Part 3 of 3) Discover their newly found untold story and how forgotten texts bring their story back to life. From the ebook, “The Tribe Within” learn how DNA unfolds this amazing tale and if you look in the right places, how history narrates this evidence. There is another written account of their story, but it is camouflaged in smoke and myth – it will become the tales of King Arthur. Come follow in the footsteps of Deda Mac Sin and visit https://www.smashwords.com/books/view/401207

Looking for O'Mores (Leix) who would be willing to have their DNA tested, fee paid. Or O'Mores who have already done so. Alvin William Moore awmoore@cableone.net

I am looking for some of my family anyone related to robert moore in ocoee florida?

My location listed is North Carolina, USA. Which is incorrect. I am located in Southwest Missouri, USA. Near Joplin.

Areas of Origin for MOORE

Write an email address and click 'Invite' to share this page with more members of the MOORE tribe. 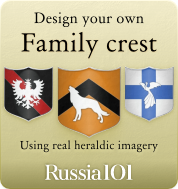 Discover where the MOORE Family members live around the world

Show off the MOORE Family Crest…